RKA Assists Save The Crew!

Labels: Community, News and Events, Save the Crew
RKA Principal Darryl Rogers has been a Columbus Crew SC loyal supporter and season ticket member since 1996, the year the club was founded. Columbus was the first team in the inaugural season of Major League Soccer. In late 2017 the investor/operator of the club announced he was exploring the option to relocate the club, unless a downtown Columbus stadium could be created for the team.
The Save The Crew movement began at that moment, consisting of a group of fans and supporters who have come together to make sure The Crew stays in Columbus. The Save The Crew message has resonated around the world. Leaders from Save The Crew (STC) asked RKA (a Save The Crew Business Ally) to assist with creating a stadium design vision for a specific site on West Nationwide Boulevard. Under a tight timeframe, RKA refined, added detail and integrated uniquely Columbus features into a conceptual design initially created by STC volunteers.
The RKA Team was proud to be present last night with STC as the new stadium design was unveiled at Seventh Son Brewery. STC also announced that they have received over 10,000 pledges for 2019 season tickets if a new, local investor/operator is permitted to take over the club. The stadium concept was released to show that Columbus does have a downtown site, the site works well, and we are ready to move forward. Potential local investor/operators are currently unable to release their own stadium visions due to non-disclosure agreements associated with a lawsuit the city and state have filed.


Check out Save The Crew at their website: https://savethecrew.com/ 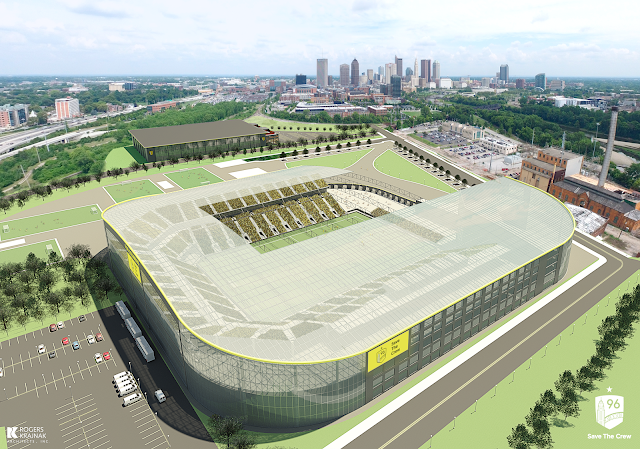 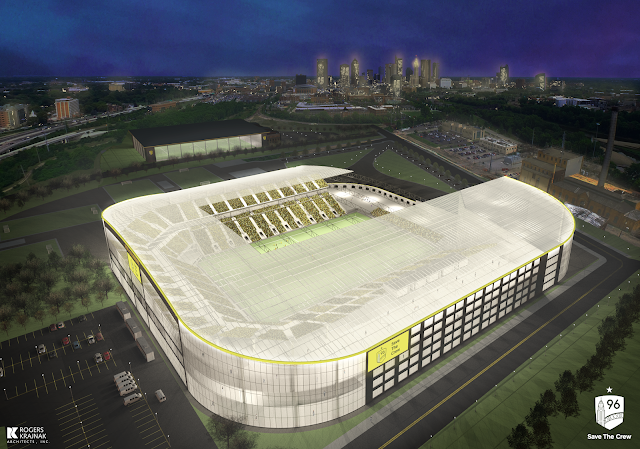 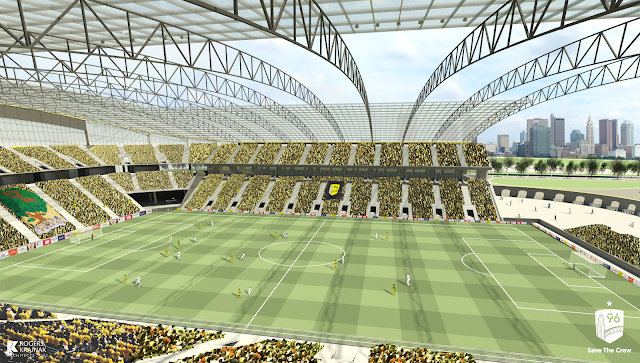 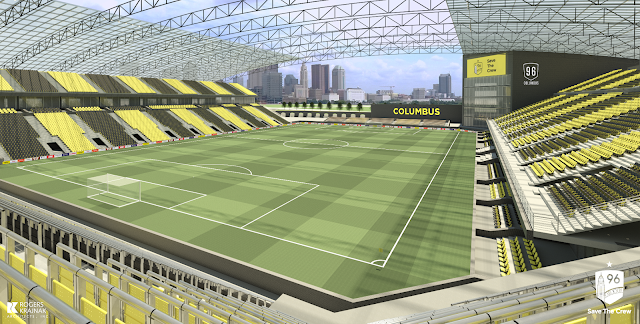 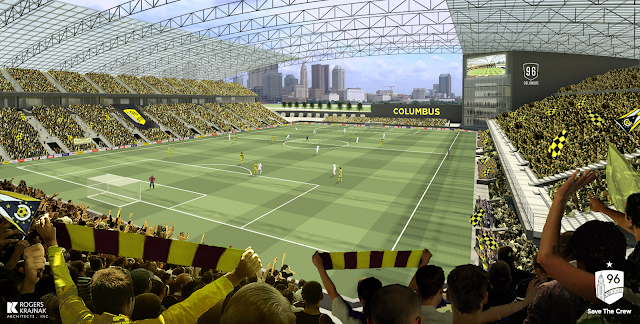 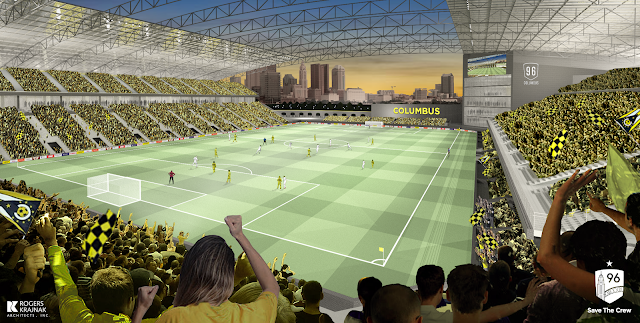 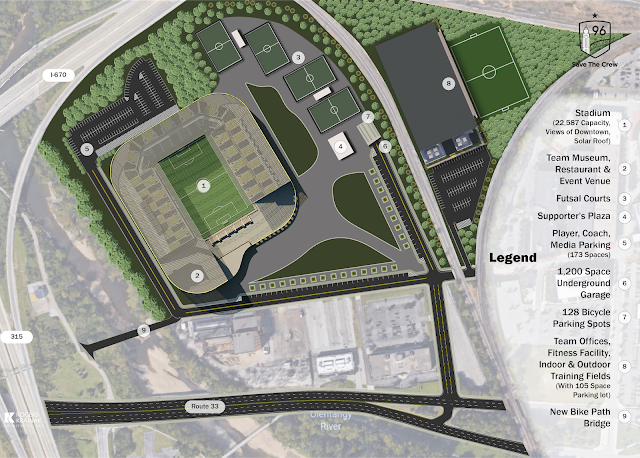 Return to our homepage >>